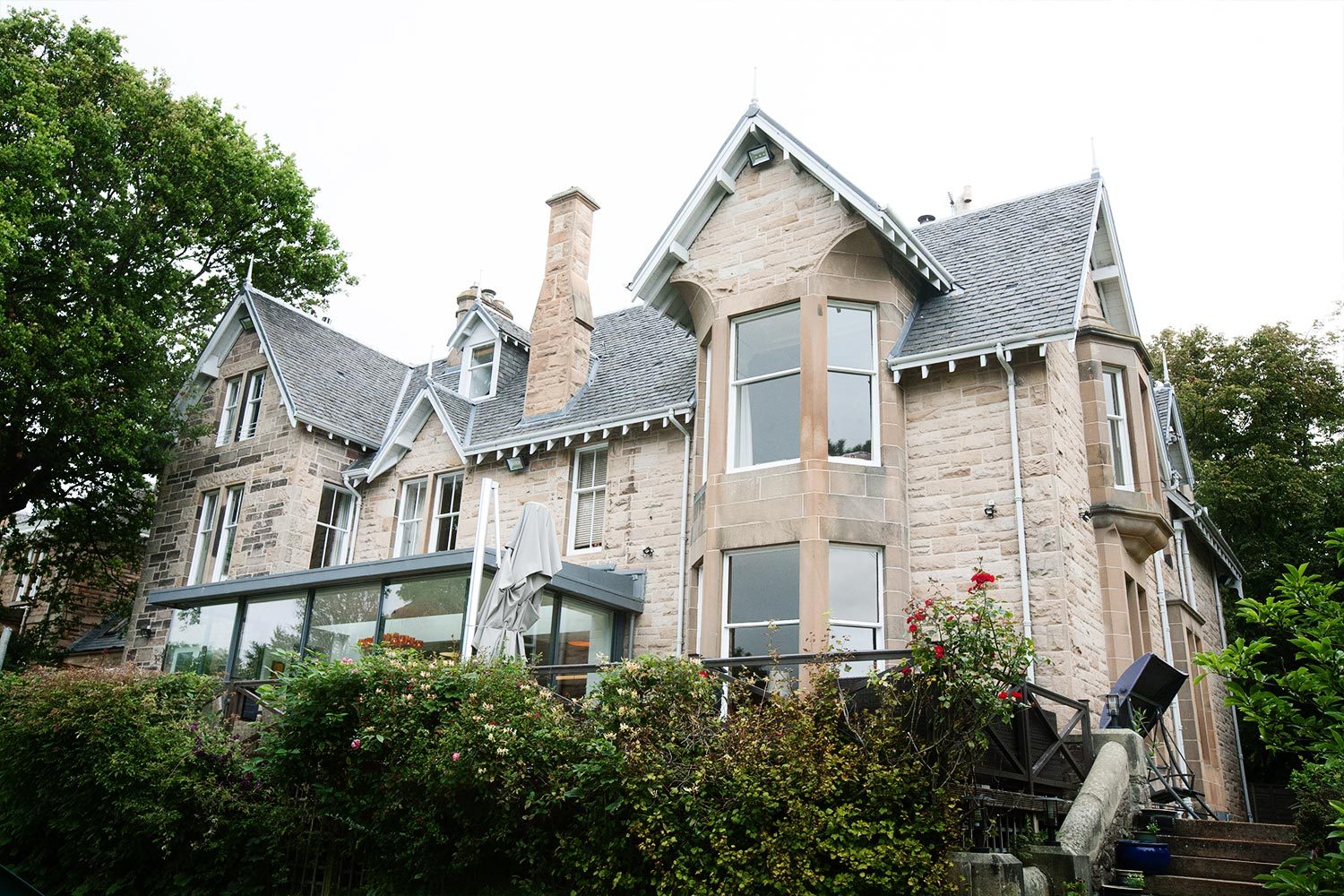 Victorian stone built villas are part of the recognisable architecture of Edinburgh. Heritage buildings like those found along Tipperlinn Road require regular maintenance to keep the roof structure solid and waterproof for years to come.

Following an inspection by Alan Dall the proposed works were to renew the roof coverings and restoration of stonework.

The roof is predominately Scotch slate pitched roof with a flat section a t the top.

The work was completed on budget and on time.

Having worked previously for the clients, re-slating another property we were asked to carry out a pre-sale roof condition survey of their potential new property.

Alan Dall carried out the pre-sale roof condition survey and found that major re-roofing and stone refurbishments was required to all elevations. Advanced Roofing presented a detailed estimate for this work.

Owners of heritage buildings are the custodians who need us to help maintain and repair their roof and building as sympathetically as possible. We use authentic materials to ensure the roof looks as good as the day it was first built. 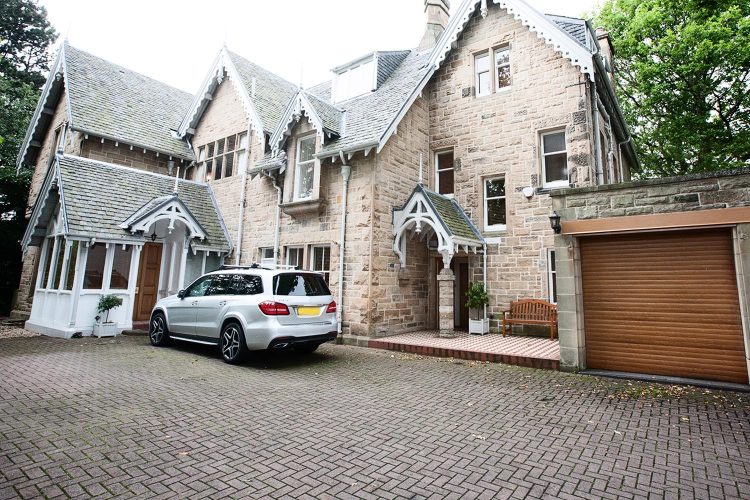 The Roofing Works in Action

Before work started on the roof, scaffolding was erected to all elevations in accordance with health and safety guidelines.

Work on the roof began by completely removing the existing Scotch Slate.

During the re-roofing process, once higher level access was gained it was apparent that further works were required.

New timber finials were required to all apex’s throughout the property. These were quite specific in their design and where bespoke manufactured in the Scottish Borders and expertly in stalled by our very own Master Carpenter Kevin Graham.

In addition, a single vent stone chimney to the rear elevation was leaning dangerously inward. Without hesitation a cost was issued and accepted to carefully demolish and rebuild the chimney using the existing stone.

Before work began on re-slating the roof we installed a breathable underlay to offer further protect to the roof. The roof was then slated with a combination of the original Scotch slate and Scotch slate sourced by Advanced Roofing.

The roof also has a section of flat roofing in traditional felt that required renewal. The flat felt roof was renewed with high performance built up bituminous felt roofing.

The rhones around the building were also renewed in traditional cast iron.

The stonework was completely rake cut and repointed to all elevations in traditional sand lime mortars. This included white lime pointing to the front ornate bay window, cornice and corbal course. 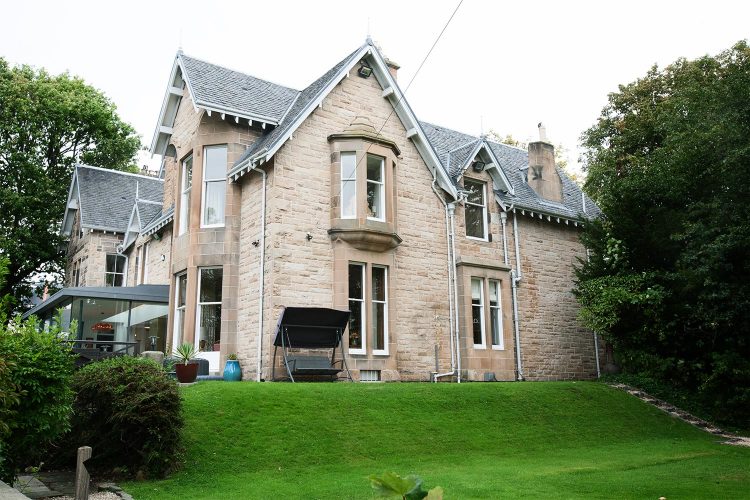 The Process and Insight

At Advanced Roofing we source all materials from Scotch slate to traditional lime mortars to ensure a comprehensive match to the existing materials.

All of the leadwork was replaced by the Advanced Roofing leadworkers to LSA guidelines.

Scott Fyfe manages the start dates, material and scaffold orders and also allocating labour specific to the job to ensure work is completed to schedule.

The project was still completed to the original timescale even with the additional works.

We are delighted with the transformation these works have brought to another of Edinburgh’s heritage buildings.

We have used Advanced Roofing for over fifteen years over two old properties in Edinburgh. Both houses needed very substantial roof works and Advanced did an excellent job in replacing one roof and carrying out very substantial repairs to the other. We have always found them courteous, prompt and easy to deal with whilst they carry out any job to very high professional standards. We would be happy to recommend their services to any potential customer.