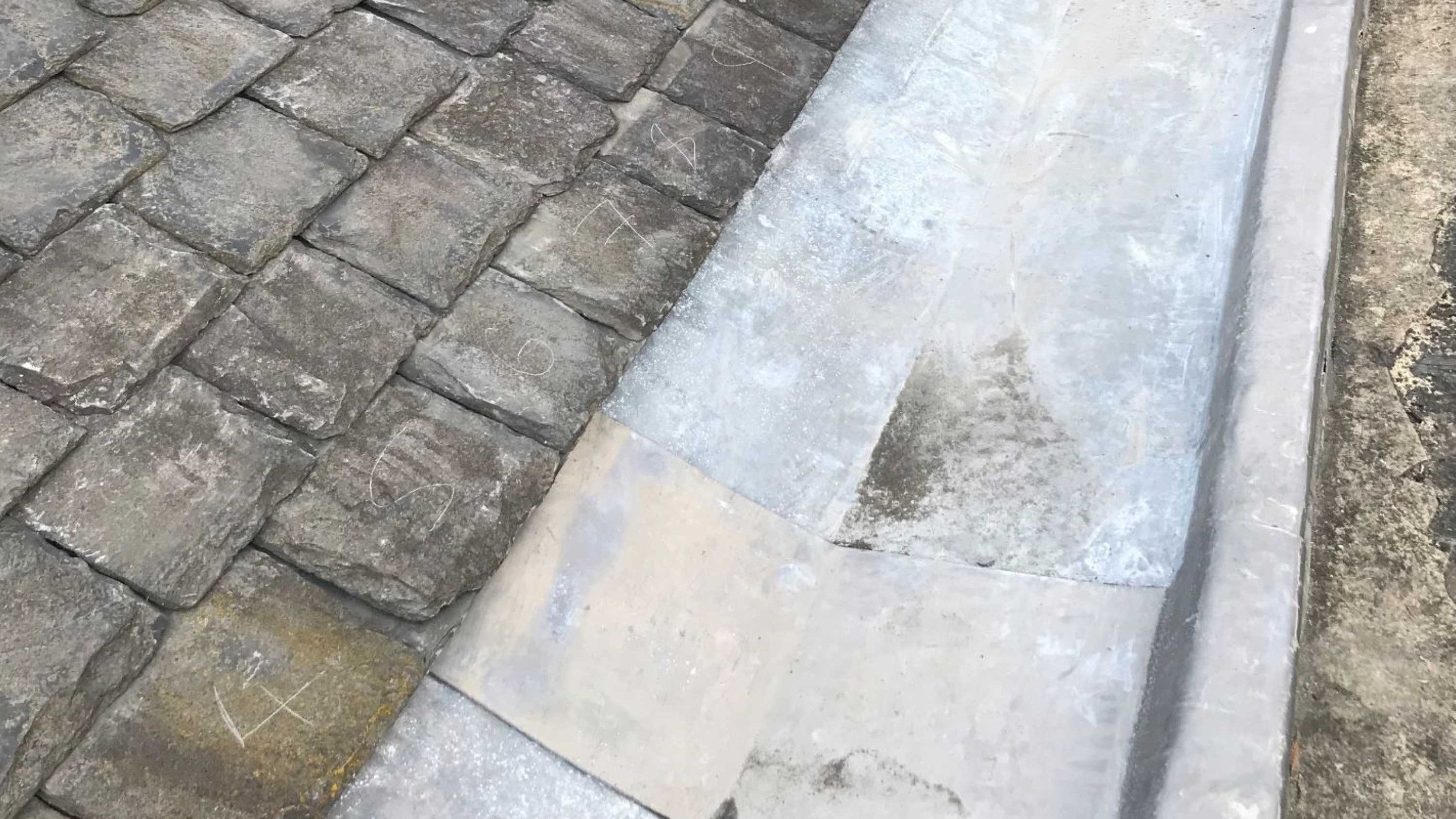 Advanced Roofing were contacted to carry out a free roof assessment due to a roof leak.

The cause of the leak was failed guttering to the rear internal elevation and front parapet.

To repair the entire area needed to be stripped back to the deck, where it was discovered there was an element of wet rot.  The timbers were treated and repaired ahead of the guttering work.

The roof, typical of many traditional Edinburgh roofs, has a slated pitched element with a felt flat roof section.  The roof was re-slated and a solar reflective solution was applied to the rear lower flat roof to prolong the life expectancy.

Advanced Roofing were initially contacted by the Royal Navy Club building manager to carry out a roof survey due to water ingress.

Once work began it was discovered that an element of wet rot had affected the front deck, which also needed to be treated and replaced.

The team began work by erecting scaffold to access the roof area according to health and safety requirements.

To replace the problem guttering the roof slates needed to be removed.  The lead was stripped back to the deck.  At this stage, it was clear the front deck had an element of wet rot causing timber decay.

As the timber deck is the base of the roof the affected timbers were removed, replaced and treated.

To remedy the failed guttering both gutters were reformed in lead sheet incorporating T-pren expansion joints.  Parapet gutters should be designed to incorporate drips and falls.  Where this is not the case T-pren expansion joints are a cost-effective solution to allow the lead to be laid along the slope of the gutter in appropriate sizes according to Lead Sheet Association Directives. 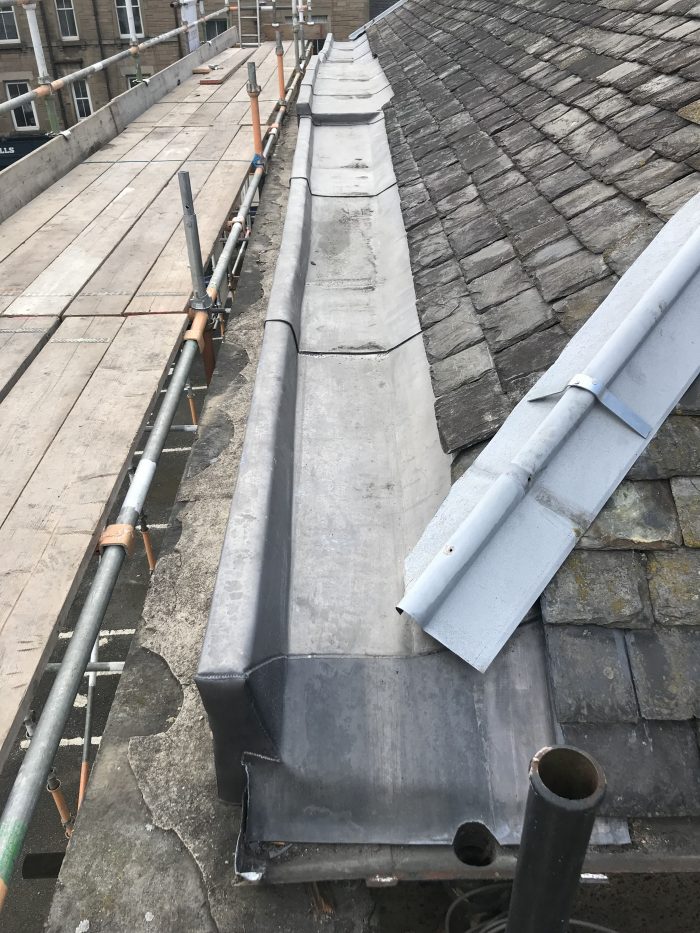 The project included all necessary stripping and reslating of eaves slatework.

The chimney picked and pointed in traditional lime mortars.

In addition, a solar reflective solution was applied to the flat roof surfaces to prolong the life expectancy of the existing felt system.

The measures taken not only resolved the immediate water ingress issue but have also prolonged the life expectancy of the roof.