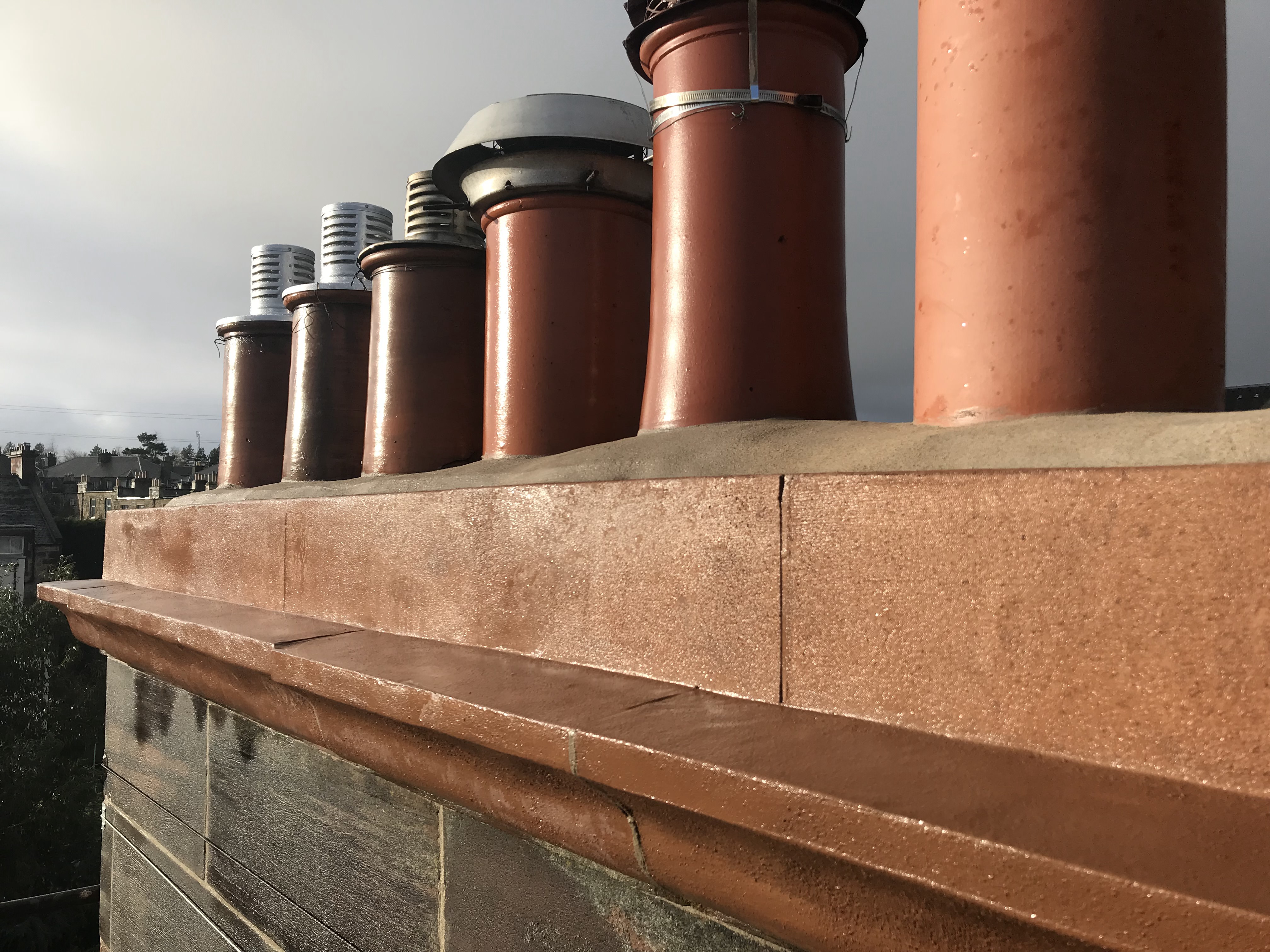 We were contacted to carry out a roof survey and a chimney condition survey.

It was discovered that there was a failed lead Watergate to the rear chimney and that the communal chimney needed a complete refurbishment.

Work was carried out to repair the chimney using lithomex lime mortar to match the existing stonework.

Upon survey it was discovered that the communal red sandstone chimney required a complete refurbishment.  This included removing all old pointing and spalling stonework to all 4 chimney faces.  Work could then be carried out to repoint and repair the stonework.

The lead Watergate to the rear of the chimney was found to have failed.  This leadwork would need replacing along with repairs to the surrounding stonework.

Access to the roof was via scaffold placed by the Advanced Roofing team.

Work started on the chimney where by all old pointing was removed along with spalling stonework to all chimney faces.

The chimney stonework to the faces were repaired and repointed in a sandlime mortar.  Extensive lithomex stone repairs were also carried out to match the existing stonework. 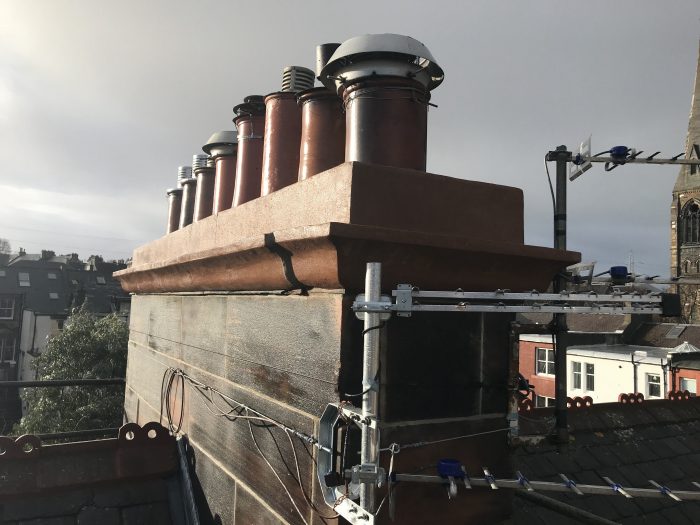 Work was also carried out on the failed watergate to the rear chimney. 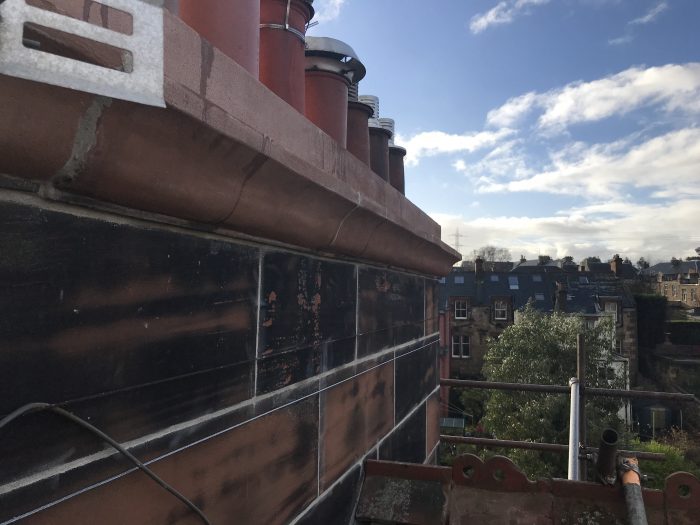 To the front elevation of the building some further stonework was required.  Loose stonework was cut back and replaced in lithomex lime mortar.  This was shaped again colour matched to the existing surrounding stonework. 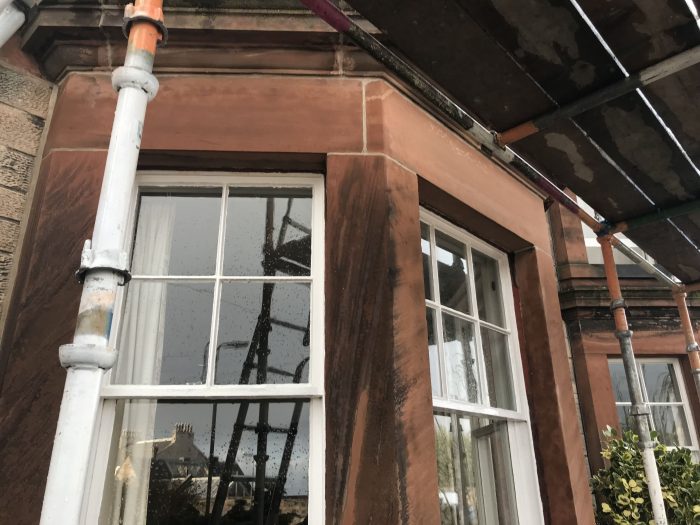 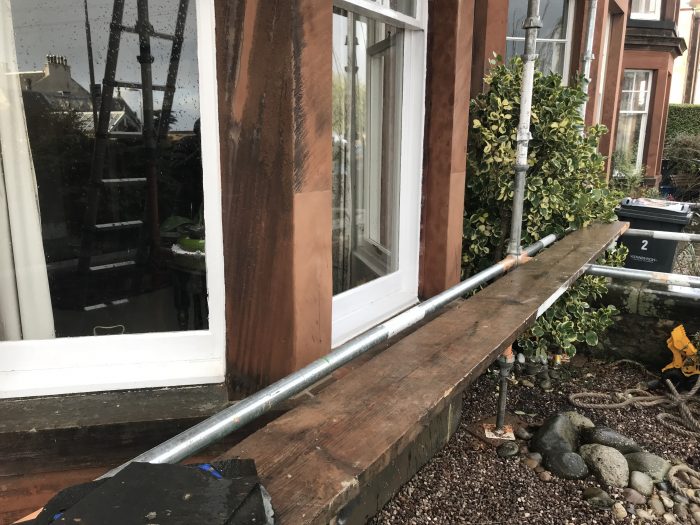