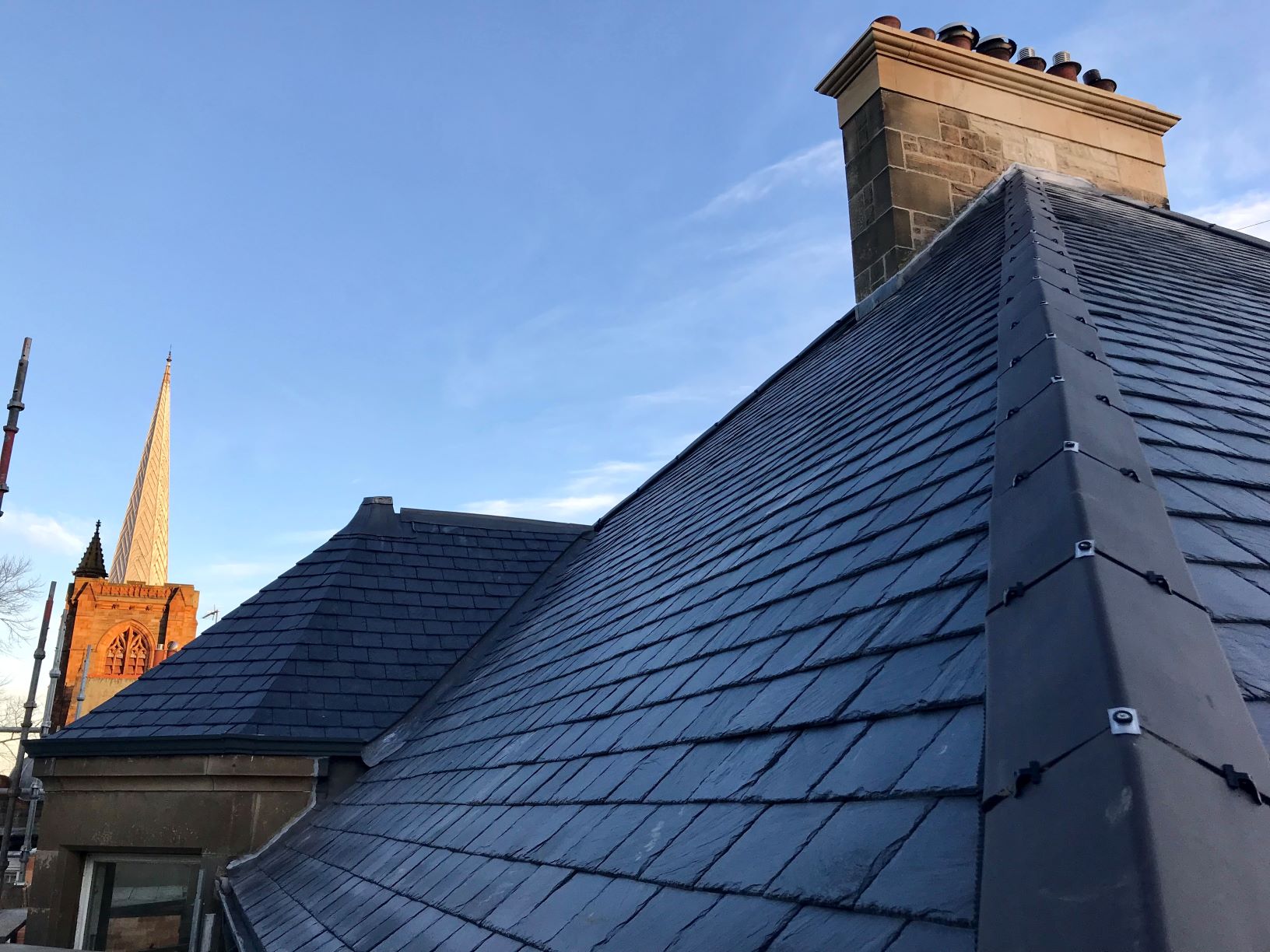 Following a full roof survey, it was recommended that the entire house was re-slated.

Some additional leadwork was installed together with cast iron rhones.

A new dry clay ridge system was installed to all hips.

Decorative work was carried out to the rhones, timber fascias, soffits and cast iron downpipes to complete the works.

Advanced Roofing were contacted by the homeowner for a full roof survey.

A Spanish slate was recommended and selected to completely re-slate the entire house.

Some additional leadwork to the junctions, new rhones and a dry clay ridge system were also recommended. 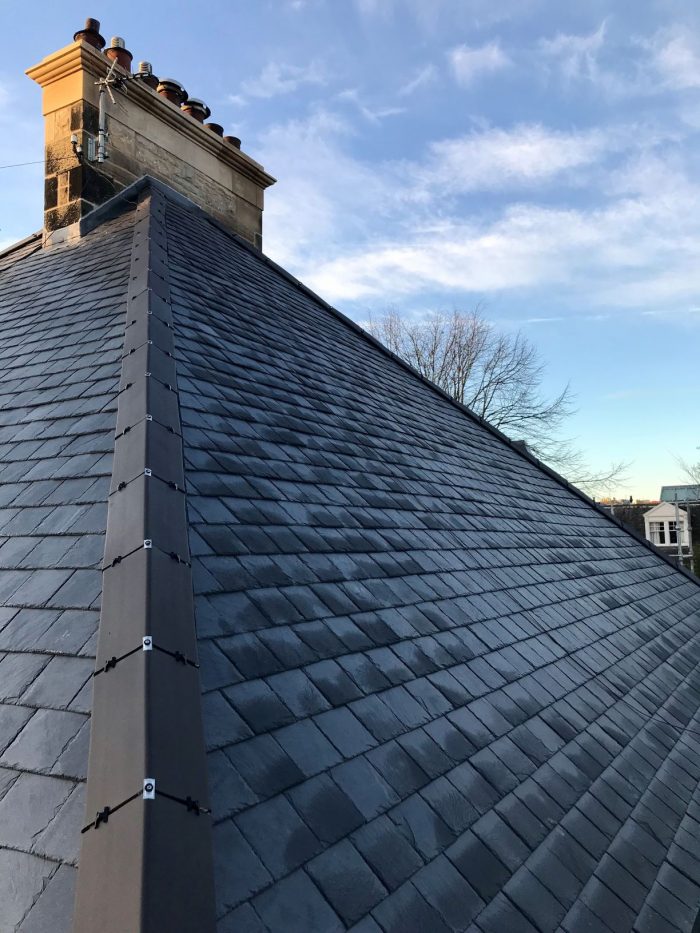 Scaffolding was erected to gain safe access to the roof elevations.

New lead work was installed to all roof junctions together with new cast iron rhones to all elevations. 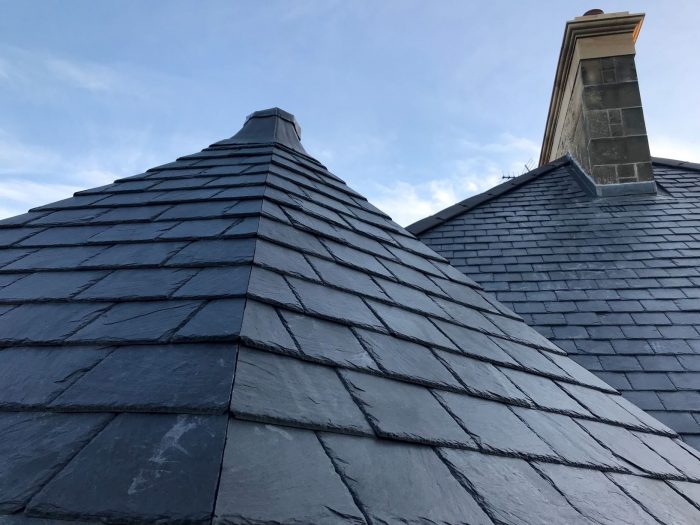 One of the most stand out features to this home is the mitred finish to front bay window slatework.