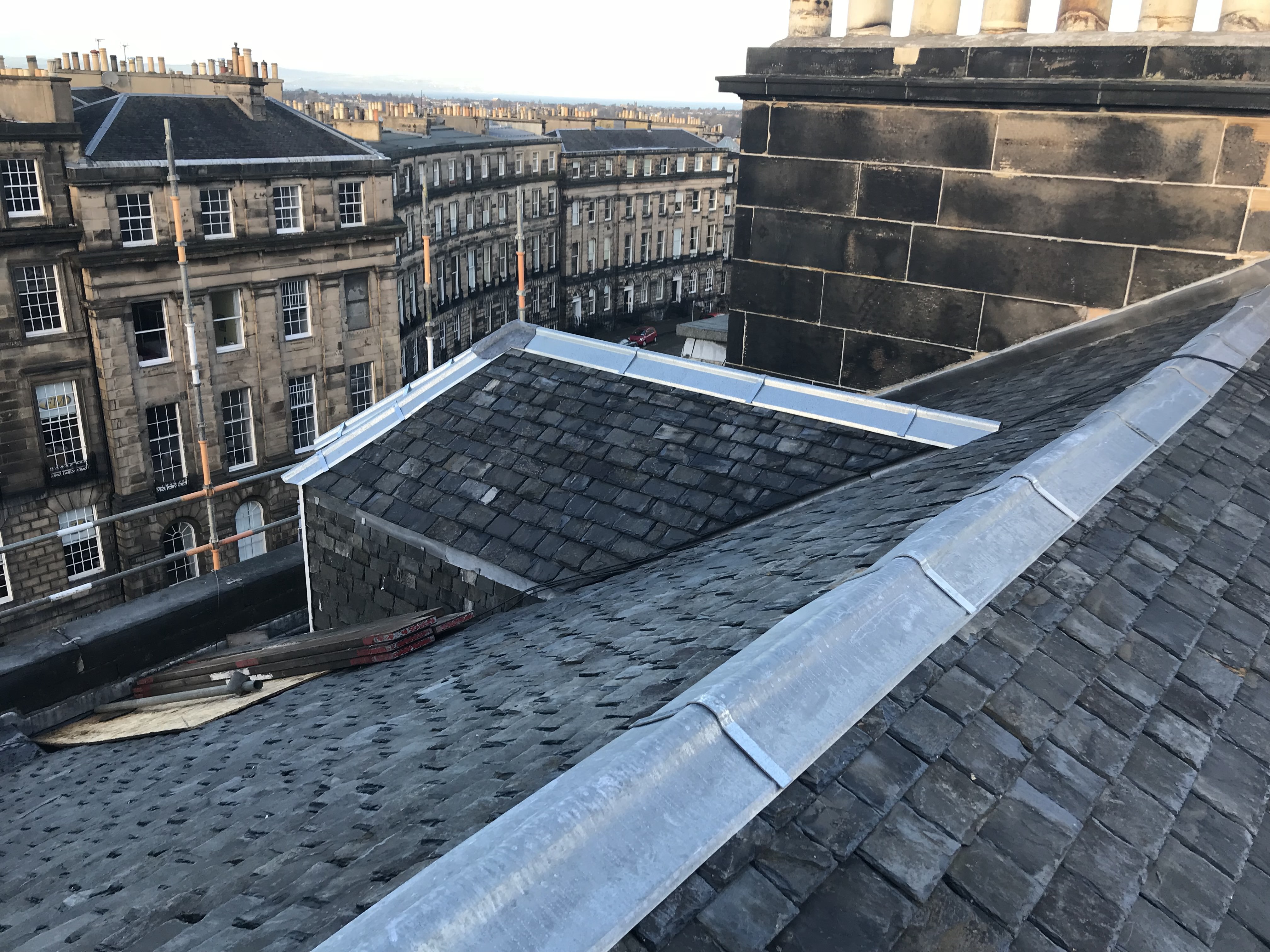 Advanced Roofing was contacted by the client who had been experiencing reoccurring roof leaks.

Various roofing companies had attempted to solve the water ingress, but the client was still experiencing roof leaks.

Alan Dall assessed the roof and found that the whole Scotch slate roof needed to be stripped and re-slated.

It became apparent into the work that there were issues with the stonework that were a danger and needed to be dealt with too.

The project was completed to the client’s satisfaction with the constant roof leak repaired on time and on budget.

The initial roof survey highlighted that it was apparent that the whole Scotch slate roof needed to be stripped and re-slated.

In addition, mortar skews were failing and needed to be replaced.

The client agreed to the works, keen to resolve this ongoing roofing issue.

As with any of our roofing projects, the scaffolding marks the beginning of the works.  On this occasion, once scaffolding was erected it was found that the parapet cope stones to front elevation were loose and dangerous. 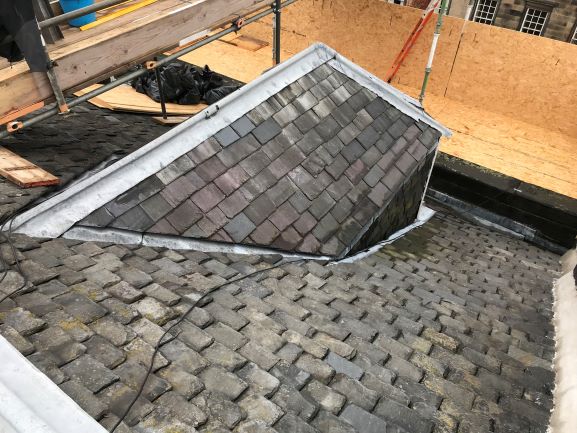 Therefore, Advanced Roofing acted by completely removing these loose cope stones.  To remedy the stonework issue stainless steel dowels were installed before re-bedding the stones in sand-lime mortar.  This would certainly have contributed to the roofing issues the client was experiencing. 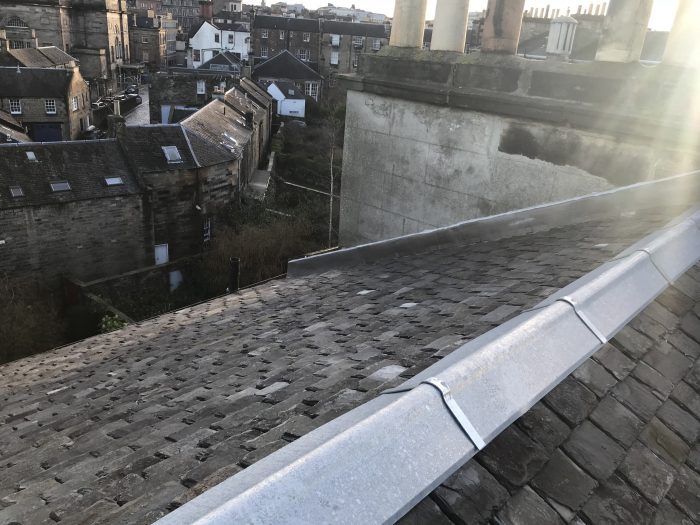 The Scotch slate roofing was stripped and re-slated re-using the good quality slate already on the roof.  Galvanised nails were used for the re-slating to minimise the risk of nail sick in the future. 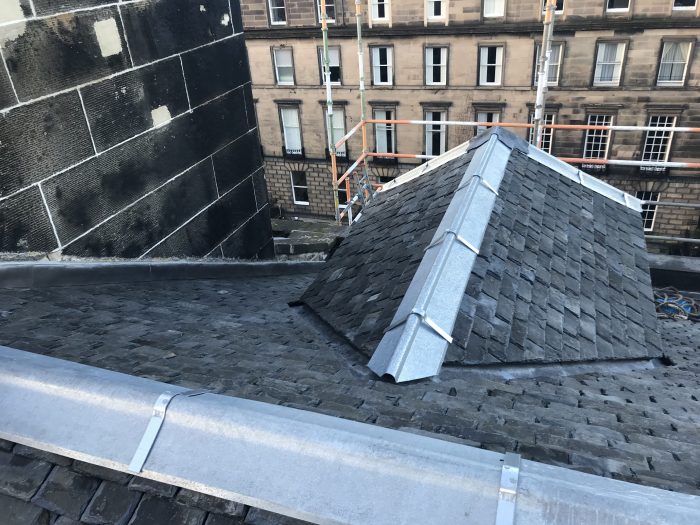 The skews that were on the existing roof were made with mortar.  Skews are the mortar interface that protects the edge of the slates from wind and water penetration.  The skews were replaced with lead that is a traditionally used material for durability. 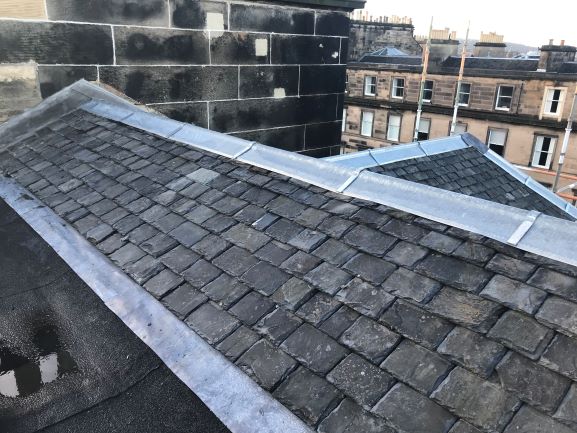 Once the works were completed on the roof the constant leaking had ceased much to the client’s delight.  When a client suffers from sustained roof failings we seek to get to the bottom of the issue and resolve it.