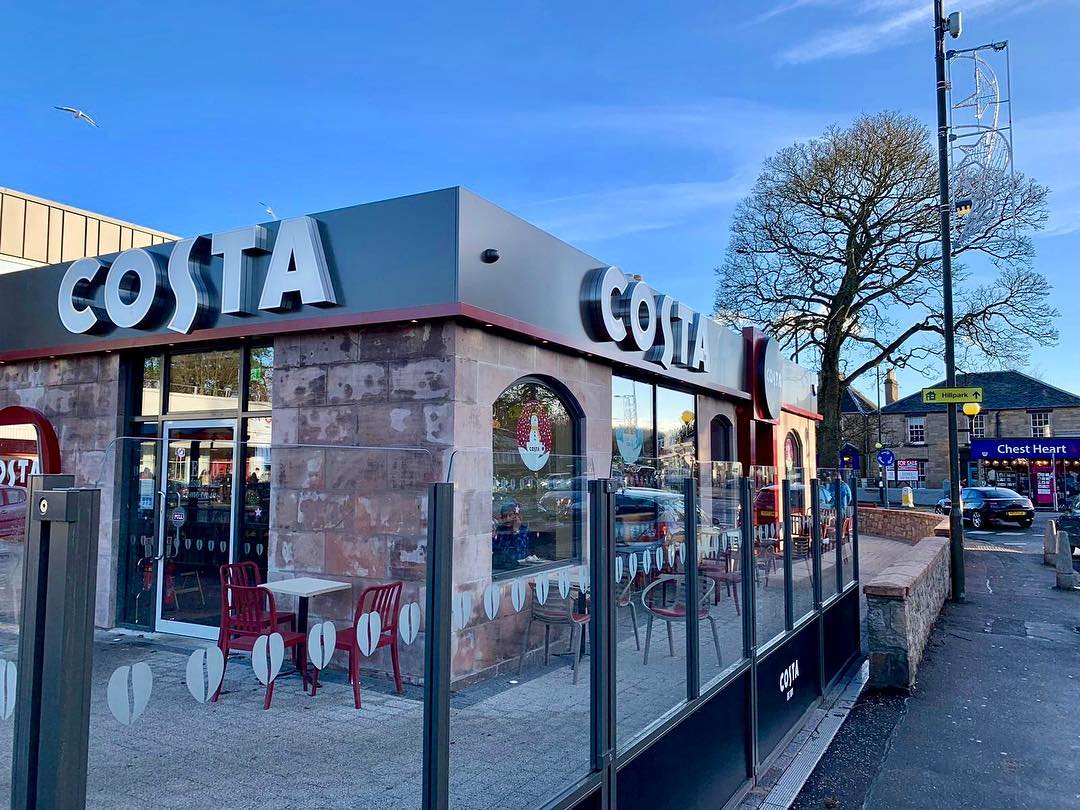 We were tasked with renewing the entire flat roofing system of the building of the new Costa Coffee branch.  The coffee chain required some repair work to be carried out on their new site, a former bank building in Davidson Mains.

From our roof assessment it was discovered that there had been a total failure of the flat roofing system.  There was a structural issue with the deck that holds the roof that also needed to be replaced.

The whole flat roof and decking were renewed with a new single-ply Sarnafil system. 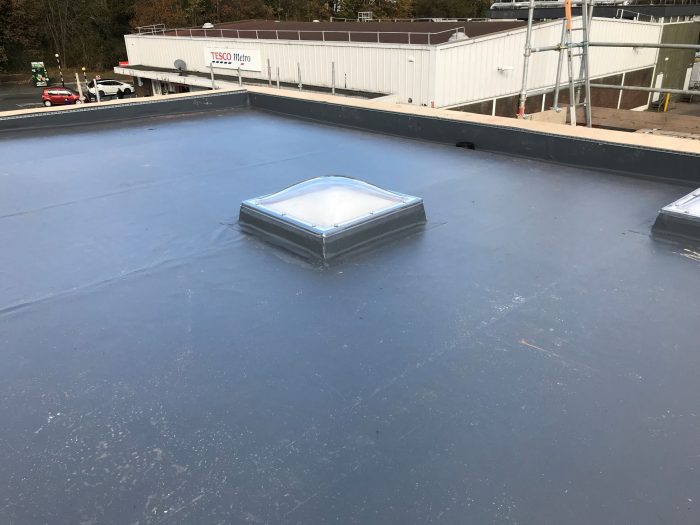 We were initially contacted by a representative of Costa coffee to inspect a roof for some repair work.  Alan’s roof inspection revealed a failure in the felt system.  This meant that a repair would be insufficient, and a complete renewal was in order.

Further inspection also unveiled that the deck that is the frame for the roof was made from strawboard.  Strawboard is a material made from pulped straw that presents a fire hazard.

The roof assessment was sent with recommendations, quotation for works and timescales to the client.

It was agreed that a deck renewal with a single-ply Sarnafil roofing solution.

We began the work by erecting scaffolding to the building to access the roof.

The works began with the removal of the old failed felt roofing system.  The strawboard deck was the then replaced to an appropriate approved material. 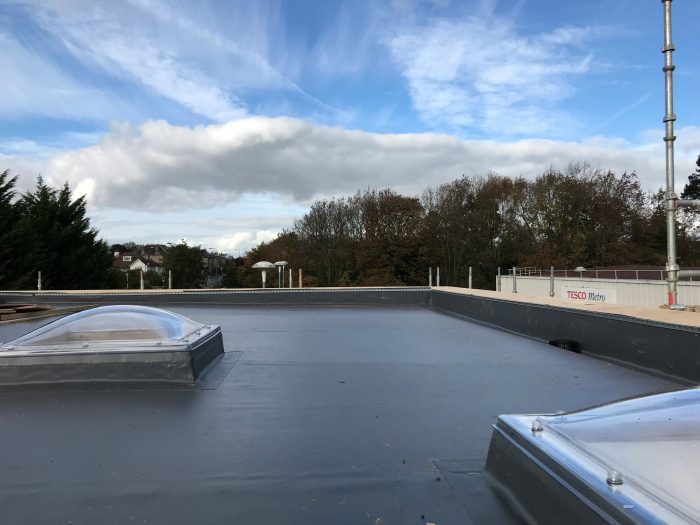 The S327-15EL Sarnafil was mechanically fastened to the roof, making the roof watertight.  The membrane installed to the Costa branch is in lead grey. 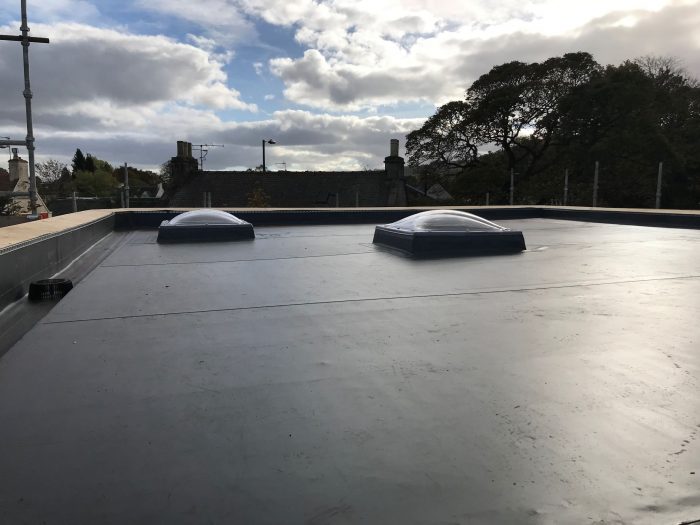 This work was completed on time and within the quoted budget.  This was especially important to the client who were carrying out renovation works within the building for the grand opening.

Now that the Costa branch is open the team couldn’t wait to take advantage of a coffee break and to admire their completed work.  Great job guys.