Following an inspection, the proposed works were to renew the roof coverings and restoration of stonework.

The roof is predominately pitched with Scotch clad slate with a section of flat roofing too. The renovations also included stonework and cast iron rhone work.

The work was completed on budget and on time.

We were recommended to the homeowner by an architect we have worked with on many roofing projects. Our initial remit was to give a roof condition report.

Following Alan Dall’s roof assessment, a full re-roof was advised due to nail sickness and failing zinc flashings. Defective pointing and eroded stonework were also noted in the initial report.

The client agreed to the proposal and works began.

Our ultimate goal when carrying out work on heritage buildings is to maintain and repair as sympathetically as possible using traditional materials.

The Roofing Works in Action 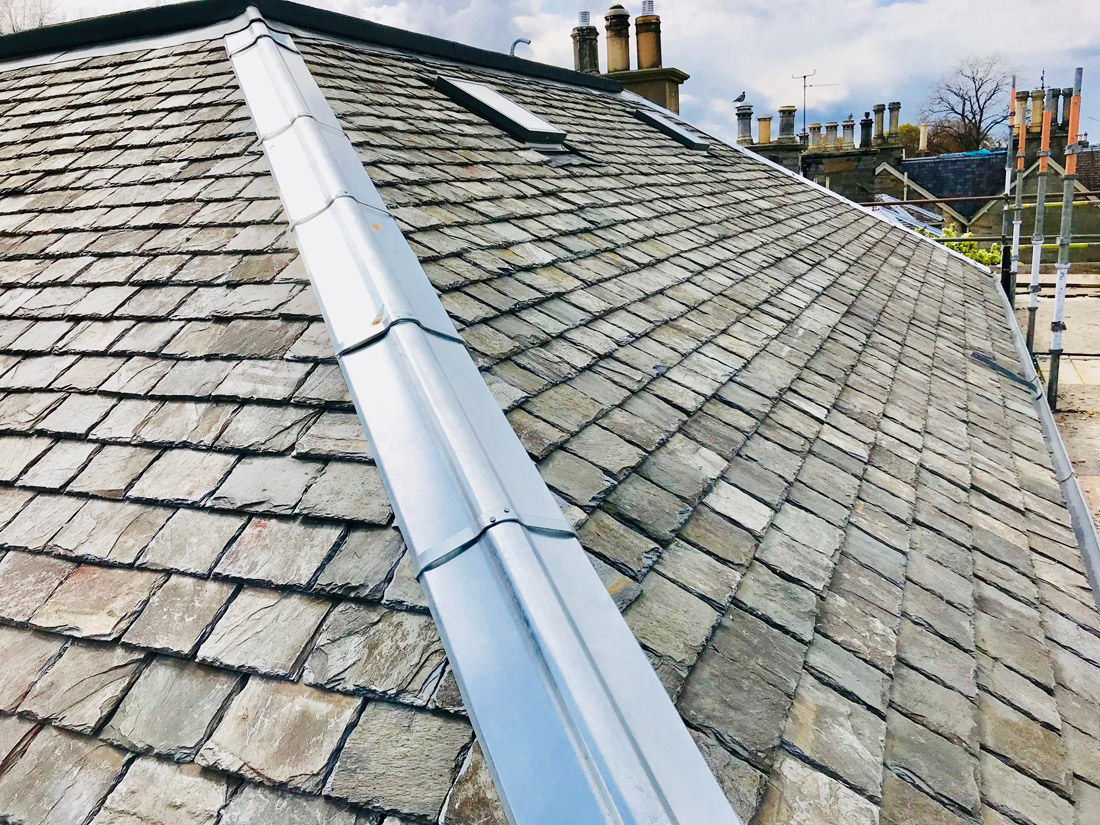 scaffolding
We started work by erecting scaffolding to all elevations in accordance with health and safety guidelines. 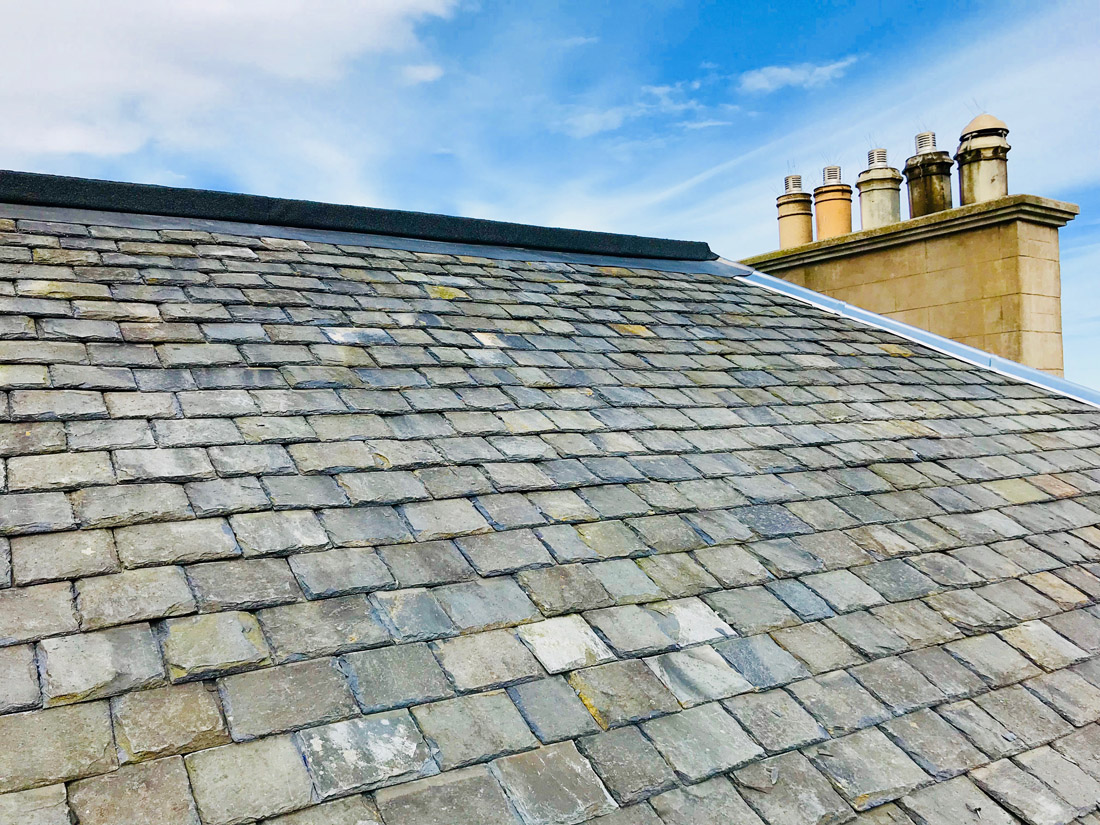 re-slated roof
The first stage of roof work began by completely removing the existing Scotch Slate. A breathable underlay was then installed to add a further layer of protection to the roof. The roof was then once again slated using original Scotch Slate. 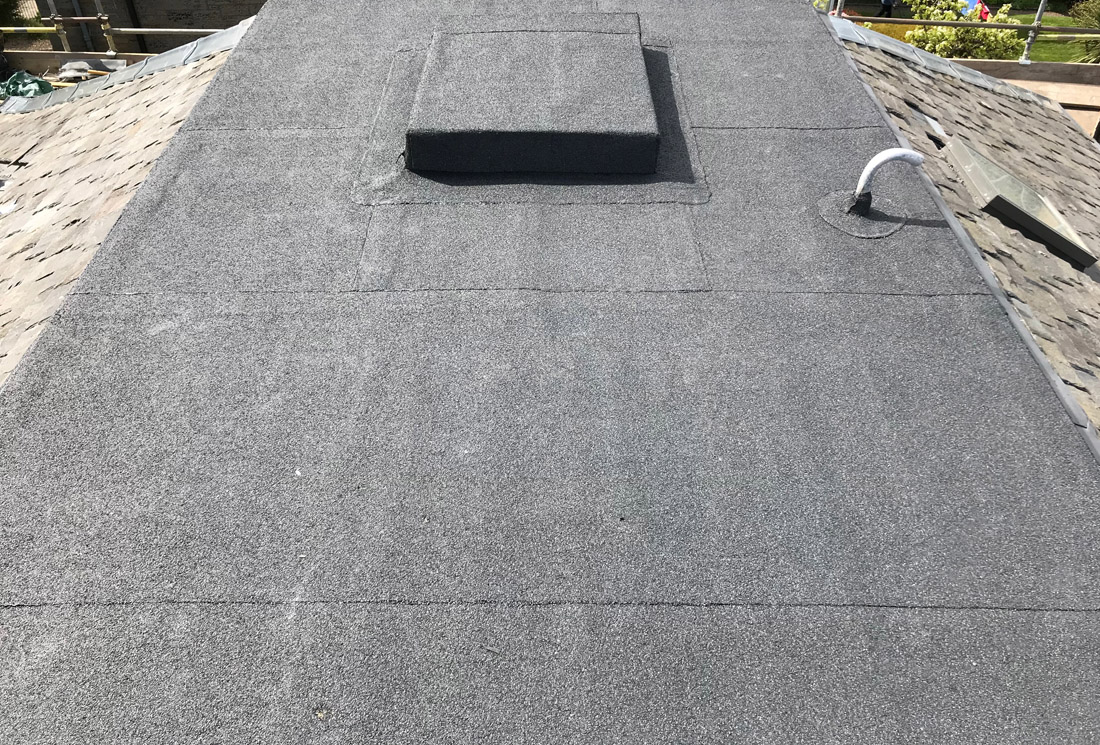 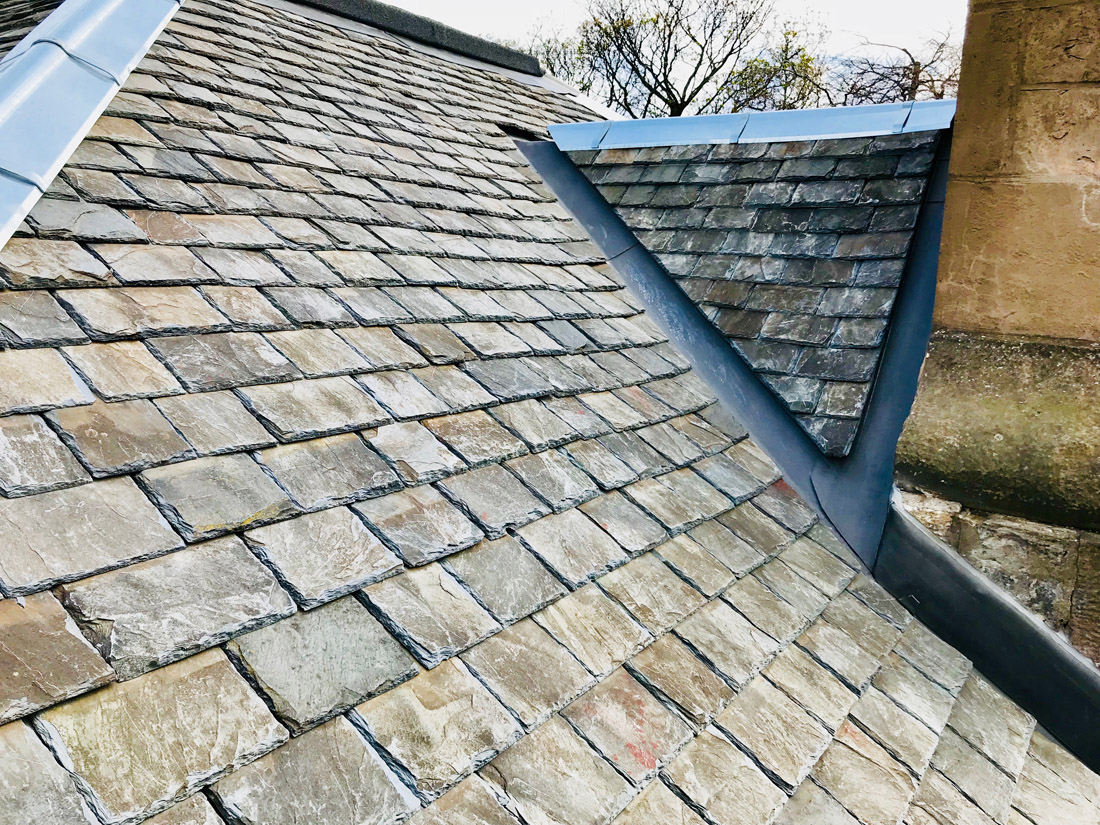 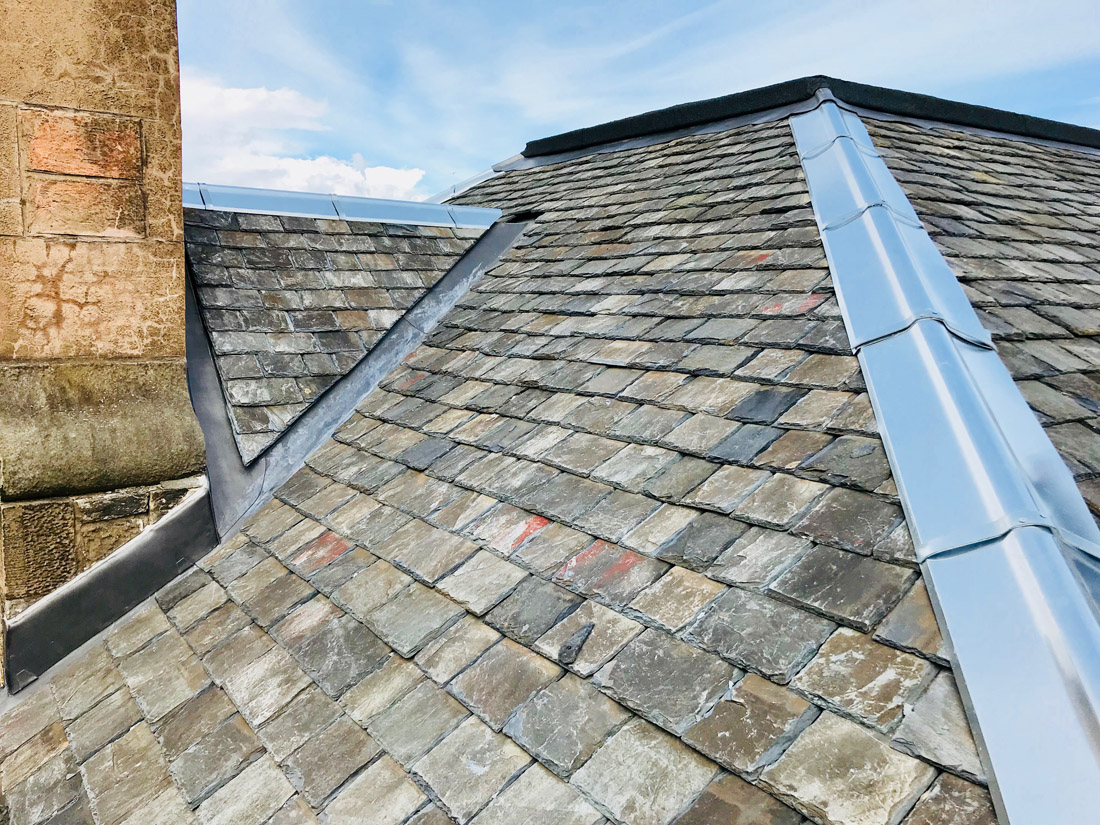 rhones
As per the initial agreement the rhones around the building were renewed in traditional cast iron. All of the leadwork was replaced to LSA guidelines. 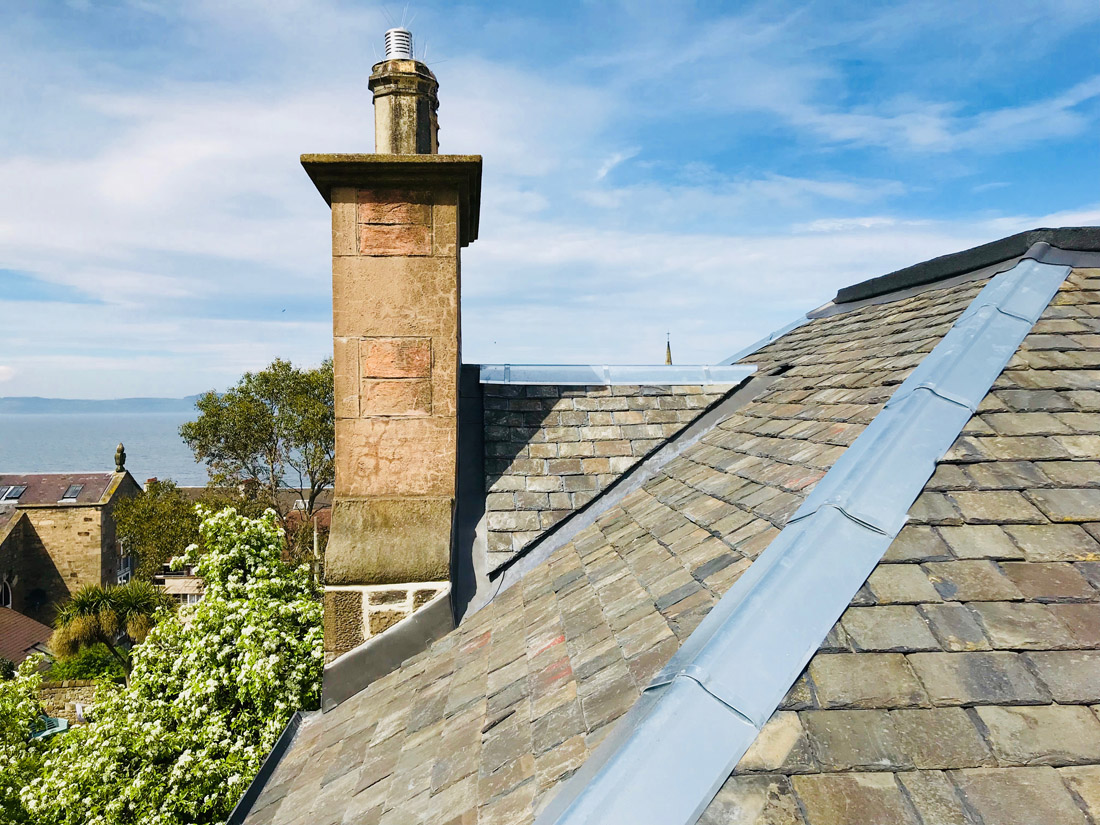 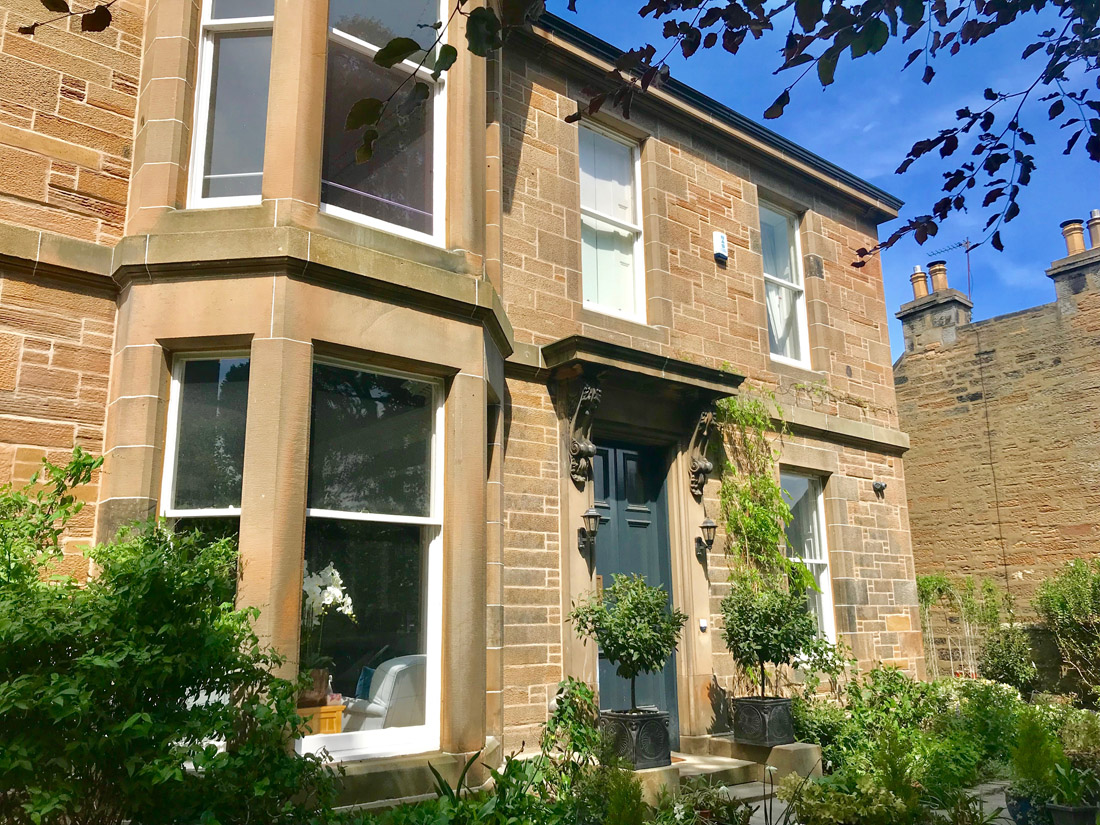 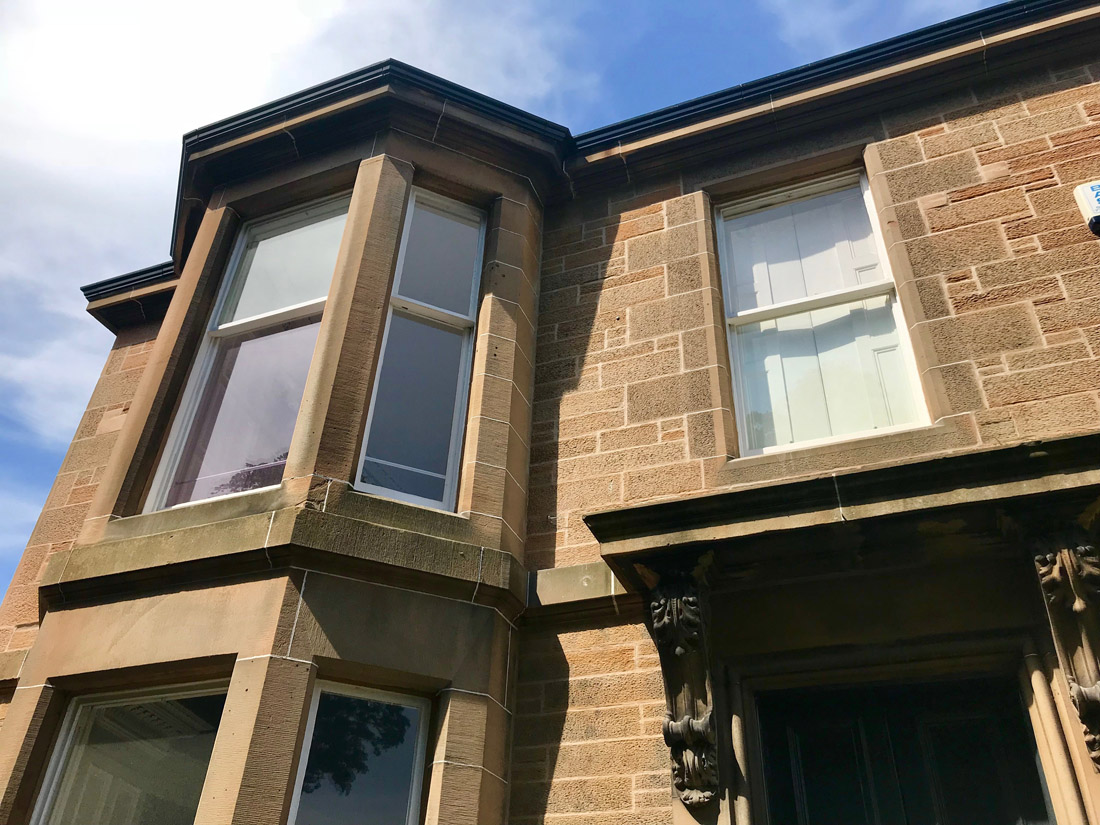 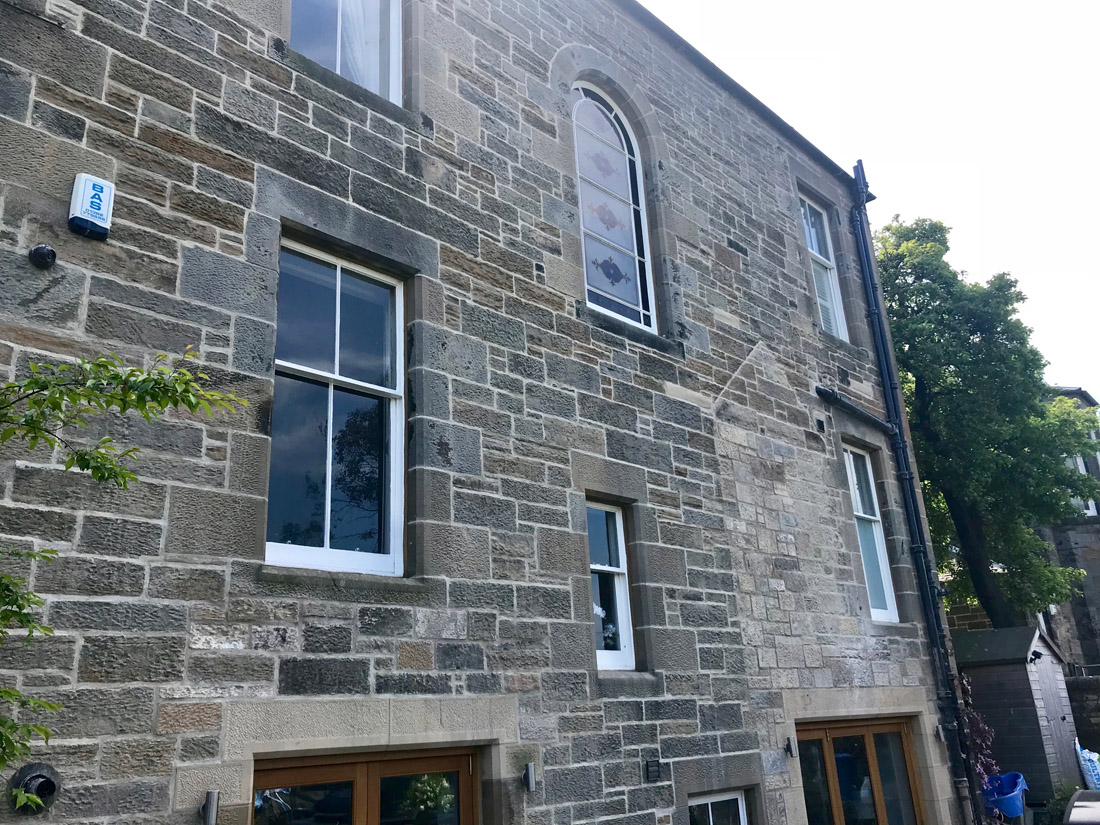 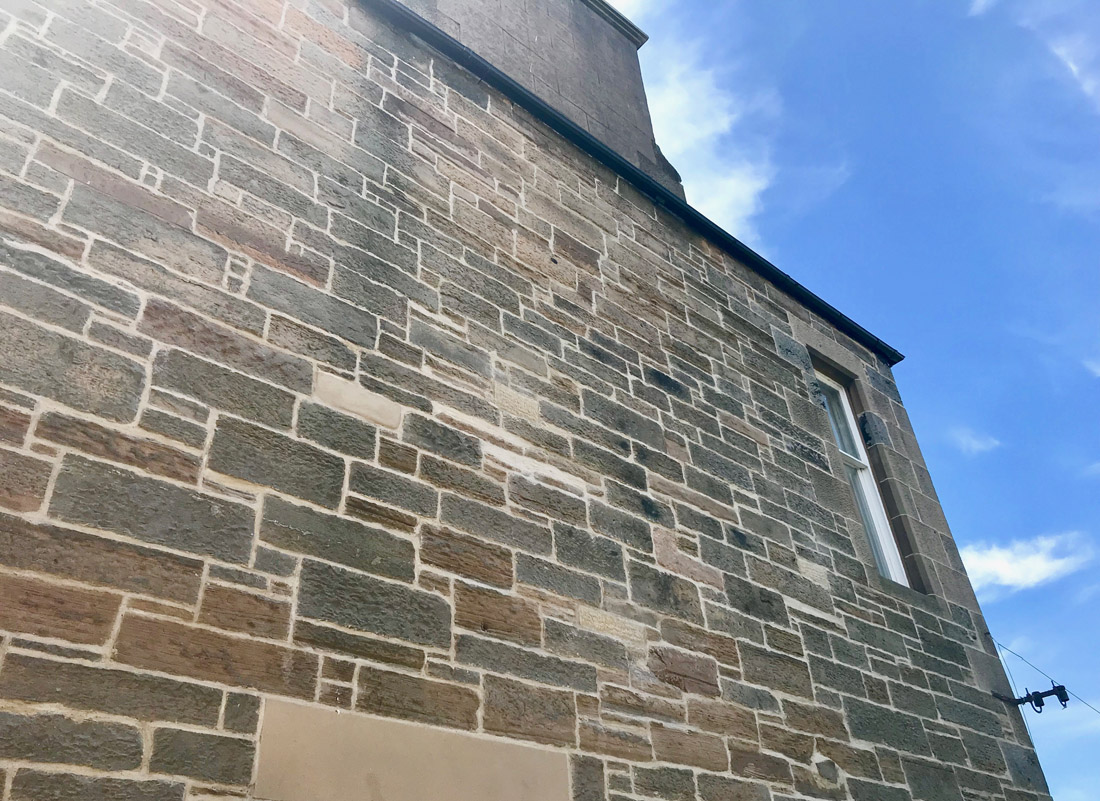 stonework
The stonework was completely raked out and repointed to all elevations in traditional sand lime mortars. This included white lime pointing to the front ornate bay window, cornice and corbal course.

The Process and Insight

Scott Fyfe gets to work once the project costs have been accepted. Scott is our Commercial Estimator and Contracts coordinator who manages the start dates, material and scaffold orders and also allocating labour specific to the job.

After the scaffold erection and works had begun progressing smoothly, Mr Henderson requested more light in his attic space. Thereafter we costed and installed 2 new conservation roof lights to the rear roof slope allowing natural light into the attic space. This additional work was carried out within the original timescale and as per quoted budget.

At Advanced Roofing we source all materials to ensure a comprehensive match to the existing materials. In this case the traditional sand, lime mortars and white pointing was sourced from Masons Mortar, Edinburgh. The Scotch slate was also sourced to match the existing roof slate of the same type. 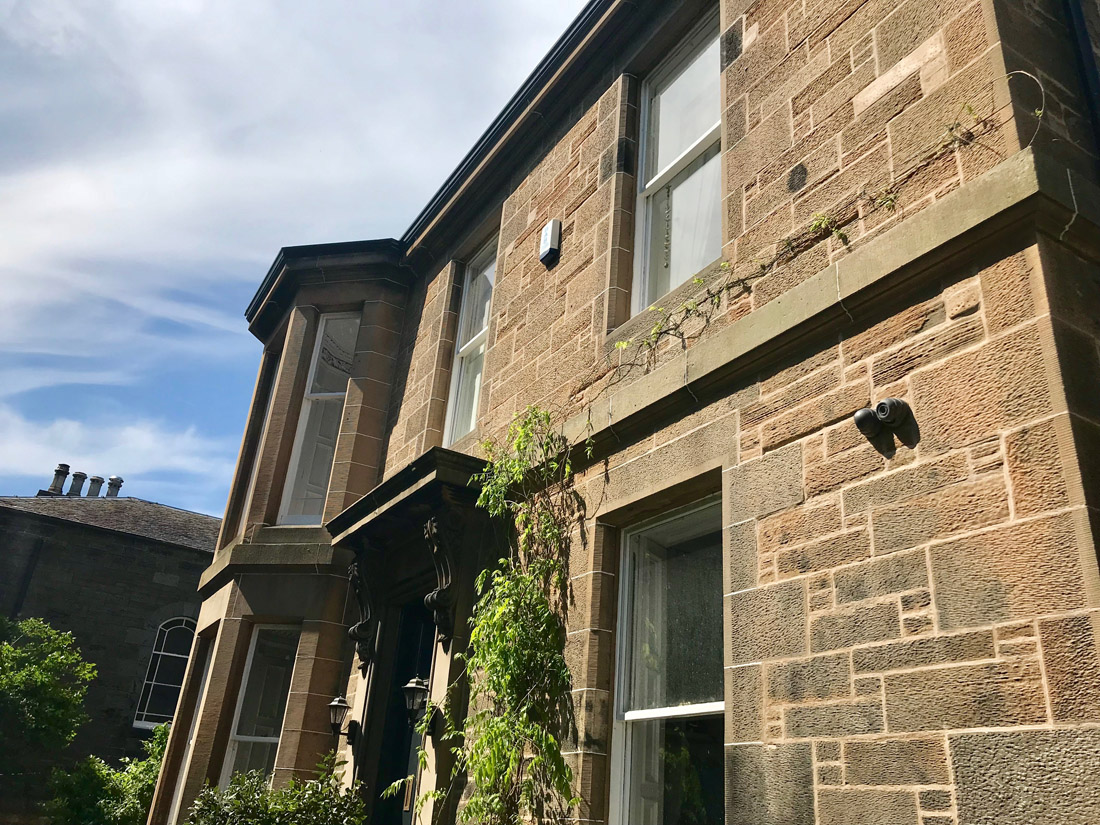 house front
The work to this house involved a number of our team including Alan, Scott, slaters and stoneworkers.

We are delighted with the outcome of these works on one of Edinburgh’s heritage buildings. 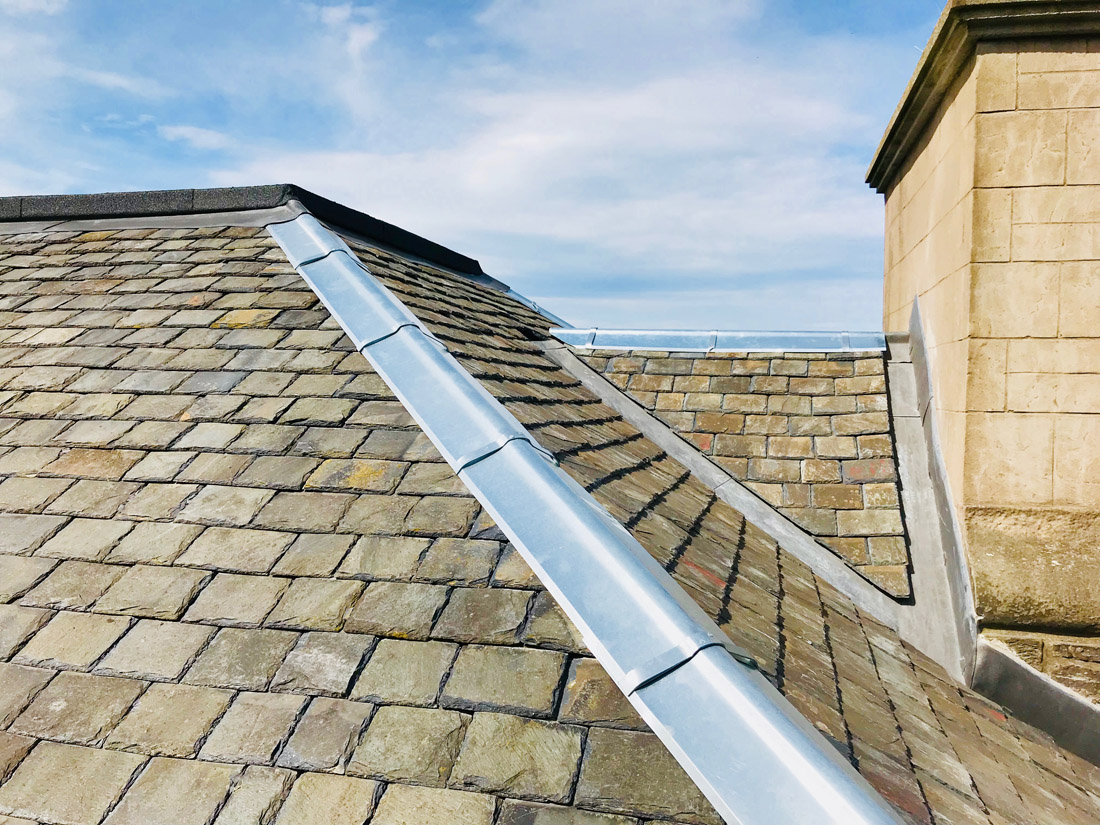 From start to finish Alan, and his team (at the office and on site), were responsive and professional. Whether it was providing the quote, to discussing issues that arose on site, or being on site when they said they would be. The end result is a new roof and pristine pointing on our Victorian house for the price that we were quoted.